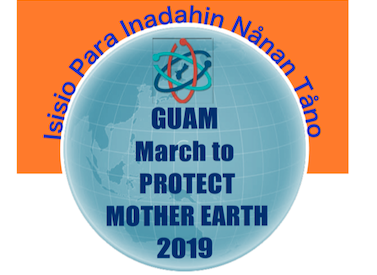 Be a part of international movements to support science, combat climate change, ban plastics, and raise local awareness to protect our island’s resources. Minors must be accompanied by parents or a responsible adult.

This is a service learning activity that seeks your support to help Protect Mother Earth. The event is an opportunity to engage with other Guam residents who are serious about the issue that they support. It is also an opportunity to be a part of an international movement to get political and business leaders to step up and change policies and practices to save our Earth. This involves urging politicians to pass laws that limit using fossil fuels and increase use of renewable energy. Oil companies need to stop taking fossil fuels out of the ground and turn their attention to renewable energy. This will take a massive effort on the part of the rest of us to push leaders and businesses. You can help to do this by participating in the march and making personal changes in your behavior like stop using single-use plastic bottles, refuse plastic bags at the store and use reusable bags instead, stop using plastic straws, carpool as much as possible, if you picnic at the beach or a park, leave it looking better than it was when you arrived. 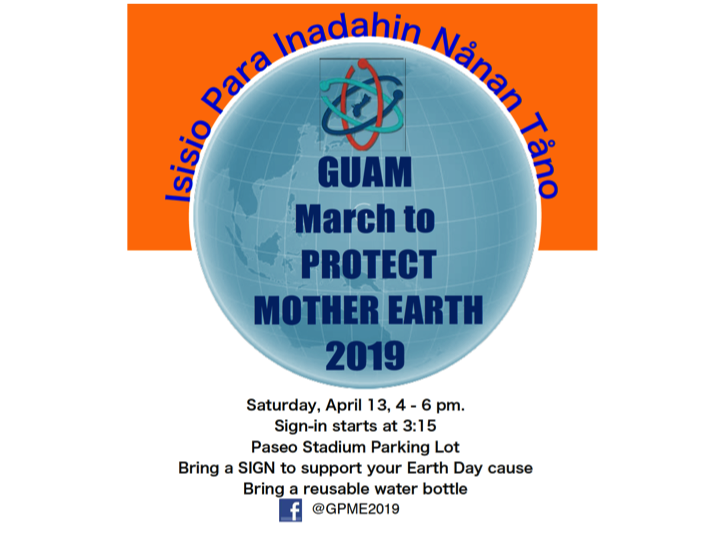 Preparation Instruction:
To prepare for this event, think of an environmental issue that you would like to advocate for. For example, are you concerned about the amount of plastic that ends up in our oceans, how it harms marine organisms, and ends up in the food we eat? Are you concerned about climate change and how sea level rise is drowning small islands where people could lose the only home they know? Do you want to urge our legislature to pass laws to discourage illegal dumping? Once you have decided on your issue, make a sign that expresses your message. You can find examples of signs at the following websites:  https://www.globalcitizen.org/en/content/march-for-science-signs/        https://mashable.com/2017/04/29/peoples-climate-march-signs/#Zw7tZQdBEkq8       https://www.statnews.com/2017/04/21/march-for-science-best-signs/   . You can also contribute to the march by carpooling to the Paseo with other marchers. Talk to your classmates about your issue and encourage them to join you.

Contact Joni Kerr (info below) to sign up and get a waiver form. Here is a downloadable waiver form.
https://guamnaturealliance.files.wordpress.com/2018/08/gna-general-and-family-release-and-waiver-of-liability-aug2018.pdf

2. Directions on the Day of the March, Sunday, April 22nd:

Reflection Instruction:
In your reflection, write about how you prepared for the March.  Include a picture or written description of your sign. Did you carpool and take a reusable bottle to the march? If so, how do you think this helped the earth? Write about how you felt marching with other people. Do you think you made a difference? Go online and look for other marches that occurred in other parts of the world. How many marches occurred? How many people participated? How does that information make you feel? What did you learn about the power of uniting people? Write about what YOU can do to help protect Mother Earth.

Explain the importance of thoughtful and effective participation in civic life, including the following:

• Participating in the political process

Defend and support both their own and published conclusions and explanations based on evidence from data and scientific knowledge.

BI.1.3 Defend and support conclusions and explanations based on evidence from data and scientific knowledge.

BI.1.5 Be curious, honest, open, and skeptical and value these attributes in others while engaged in life science activities.

BI.1.6 Demonstrate by actions in the school community caring and respect for the environment and living organisms.

BI.1.7 Describe the importance of ethics and integrity in scientific investigation.

BI.1.8 Explain how scientific explanations must meet established criteria to be considered valid.

Demonstrate by actions in the community caring and respect for the environment, human beings, and all living things.