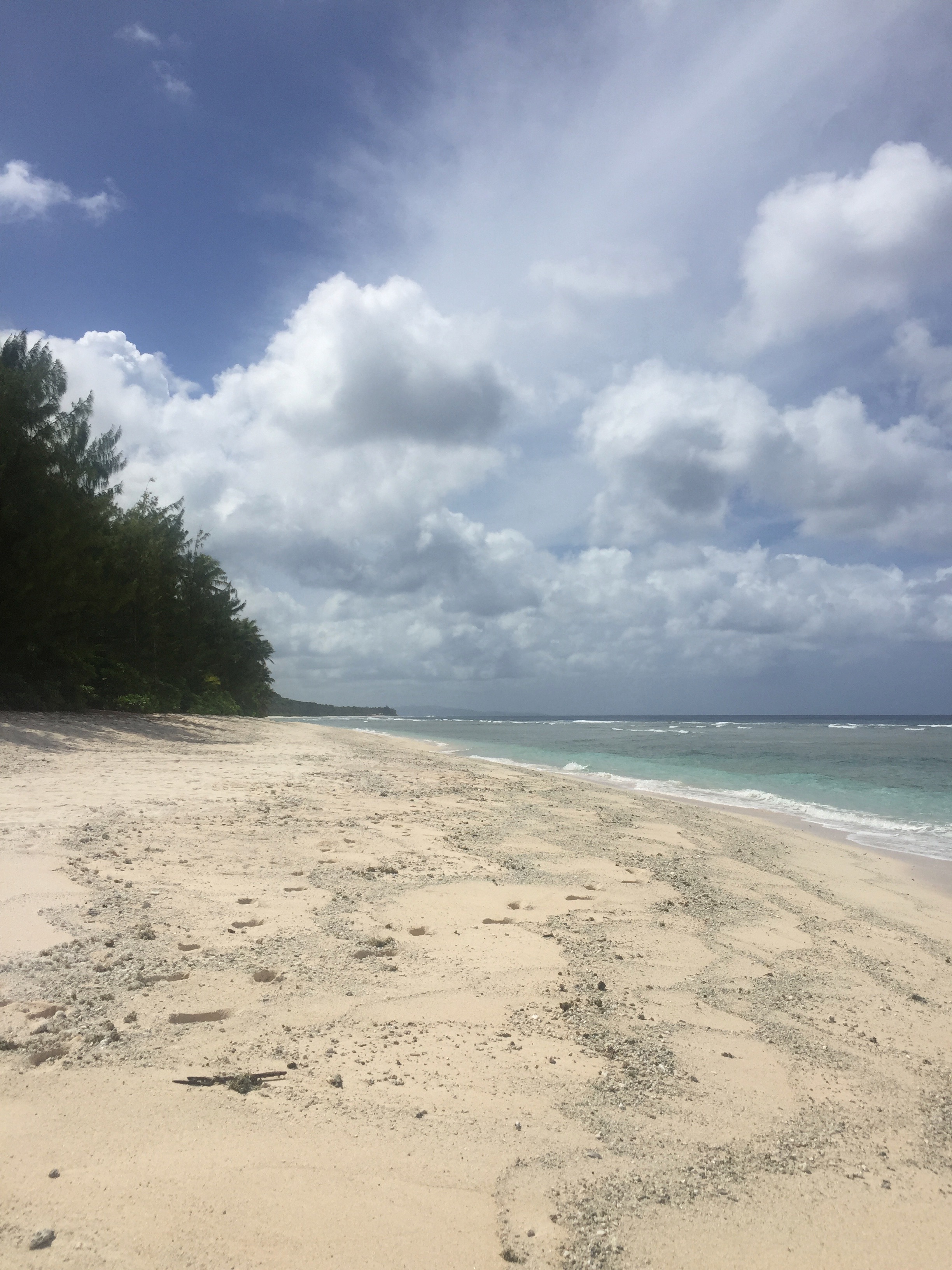 The Ritidian (Litekyan) Unit of the Guam National Widlife Refuge system is under threat of damage due to the proposed *LFTRC (Live-fire Trainning Range Complex) being planned by the DOD (Department of Defense). Learn about the issues involved in this plan, and share what you learn by creating a public service announcement.

Prutehi Litekyan: Save Ritidian, a direct action group dedicated to the protection of natural and cultural resources in all sites identified for DOD live-fire training on Guam, opposes the establishment of any military firing range, stands in solidarity with Guardians of Gani’, PaganWatch, Tinian Women’s Association, and Alternative Zero Coalition by preventing environmental degradation and destruction on sacred and native lands, and promotes the continued pursuit for return of ancestral lands.

Students will create a Public Service Announcement (PSA) that interconnects the content of a specific subject (History, Biology, CHamoru, ect..) with environmental, cultural and social concerns that have arisen as a result of DOD's proposed LFTRC that is to be build directly over the Ritidian Natioinal Wildlife Refuge in Northern Guam.


Make sure you have approval of a teacher who will grant your hours if you complete the project.

Create a script, record PSA and publish and/or present P.S.A. to class, school and/or the Island and world community.

Based on your interest and course subject matter, you can focus your PSA around one of the following prompts or chose to create a prompt of your own.


"What we stand to lose at Litekyan" (General)

"The last of her kind, The Hayu Lagu of Taila'lo." (CHamoru, Biology)  note; Taila'lo is the most likely indigenous name the cliffline above Litkeyan, the area where the LFTRC is planned to be build and the home of the last mature Hayun Lagu on Guahan.

"By the numbers, The LFTRC" (math)

"The cultural importance of Litekyan" (CHamoru, History of Guam)

"The historical significance of Litekyan" (CHamoru, History of Guam)

"The LFTRC and the decline of tourism at the Ritidian National Wildlife Refuge" (Tourism, business)

Reflection Instruction:
In order to earn service learning hours, a reflection needs to be turned into a teacher who can input the hours into Power School. You need to address: What did you do? What did you learn? How was this an example of public service? Why was it important for you to do this PSA?


By researching, creating and publishing a P.S.A., students will raise community awarness of the issues surrounding the construction of a LFTRC over The Ritidian Natioinal Wildlife Refuge in Northern Guam.

Science
Standard BI 1.6  Demonstrate by actions in the school community caring and respect for the environment and living organisms.
Standard BI 2.30  Recognize and describe how human beings are part of Earth’s ecosystems and that human activities can deliberately or inadvertently, alter the equilibrium in ecosystems.

Language Arts/Reading
Standard 9.4.3
Write expository compositions that are analytical and:
• Gather evidence in support of a thesis (position on the topic), including information on all relevant perspectives.
• Communicate information and ideas from primary and secondary sources accurately and coherently.
• Make distinctions between the relative value and significance of specific data, facts, and ideas.
• Use a variety of reference sources, including word, pictorial, audio, and Internet sources, to locate information
in support of the topic.
• Include visual aids by using technology to organize and record information on charts, data tables, maps, and graphs.
• Anticipate and address readers’ potential misunderstandings, biases, and expectations.
• Use technical terms and notations accurately.